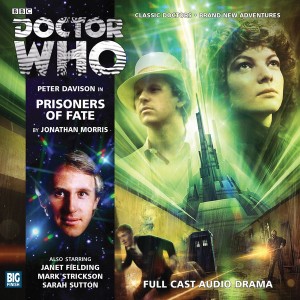 Sarah stars as Sibor in Prisoners of Fate in the latest series of Doctor Who from Big Finish Productions.

Twenty-five years ago, with Richter’s Syndrome running rampant throughout the galaxy, the brilliant biochemist Nyssa, formerly of Traken, bade a painful farewell to her young family… and set off into the space, in search of a cure for this deadly disease.

Now, her grown-up son continues her work on the penal colony of Valderon, still desperate to make the breakthrough that eluded his presumed-dead mother.

So when the TARDIS lands on Valderon, bringing the Doctor, Tegan, Turlough and Nyssa to its fortress prison, the scene is set for a painful reunion… but not only for Nyssa. The Doctor’s past is about to catch up with him too…

Listen to the trailer

What are you looking for?